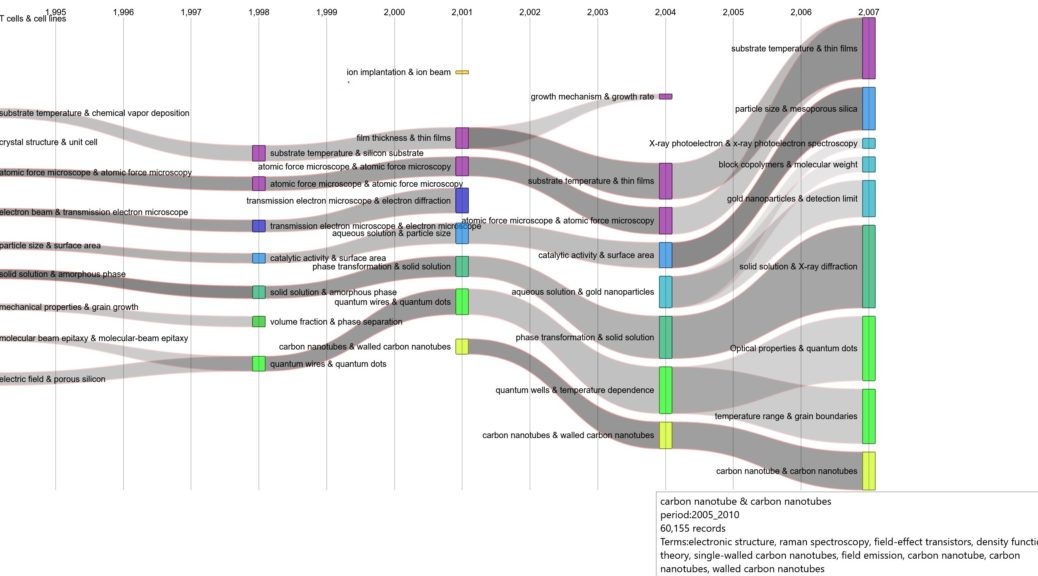 This page describes the principal options under the dynamics panel in the mapping script.

If your corpus has time series data, you may want to define periods and produced an alluvial diagram (Rule et al., 2015). 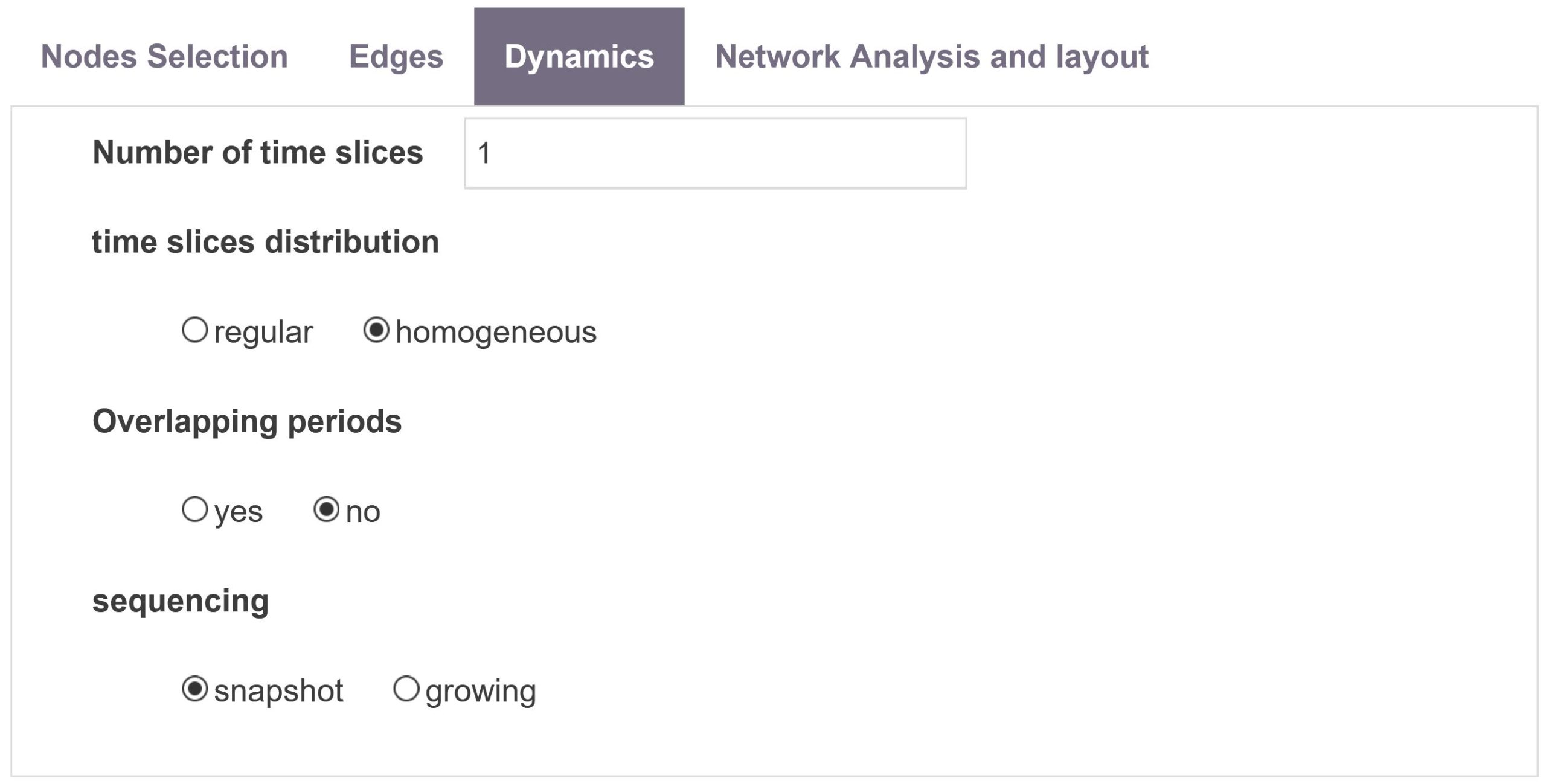 Network mapping script also enables users to divide a corpus according to their need. One can work with custom initial time ranges (as defined by period slicer script) or with standard periods (typically a yearly defined corpus).

You are then asked in how many slices you wish to divide your corpus.

If you want that the different sub-parts to be equal regarding the number of years (regular) or regarding the number of documents (homogeneous). Each time period will be assigned a sub-corpus gathering all documents produced during this time range from which a specific analysis will be build. By default, periods are sliced to produce a partition of the corpuses overall timespan.

However when overlapping periods is activated, time slices intersections are not empty anymore. One time period will intersect with its preceding and succeeding time periods such that half of the time steps or half of the records (if homogeneous slicing has been selected) are shared with either of them.

Find in the Network Analysis & Layout options panel, some advanced parameters to fine-tune the behaviour of the intertemporal analysis and its layout:

Alluvial diagram of the temporal evolution

The “tube layout” representation is fully interactive (example). The width of tubes is proportional to their number of records. Darker tubes are also more robust (more nodes are shared between two consecutive time periods). Simply hover over a cluster to learn about its composition. Note that colors in tube layout are consistent with the ones used for coloring maps. 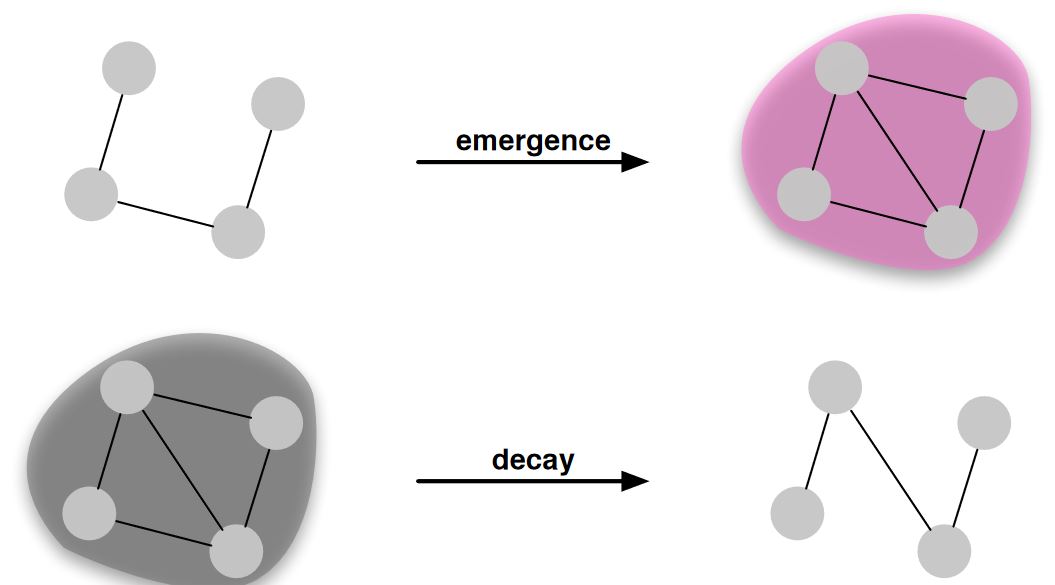 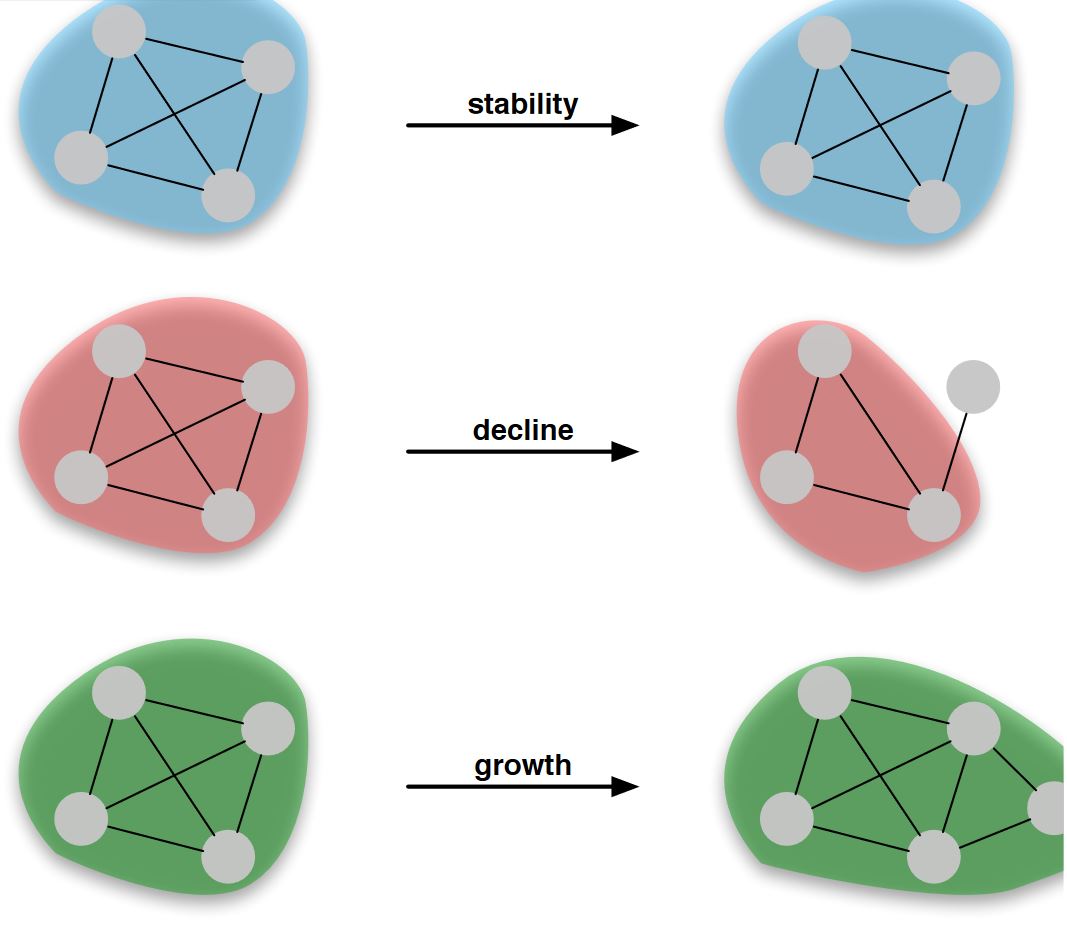 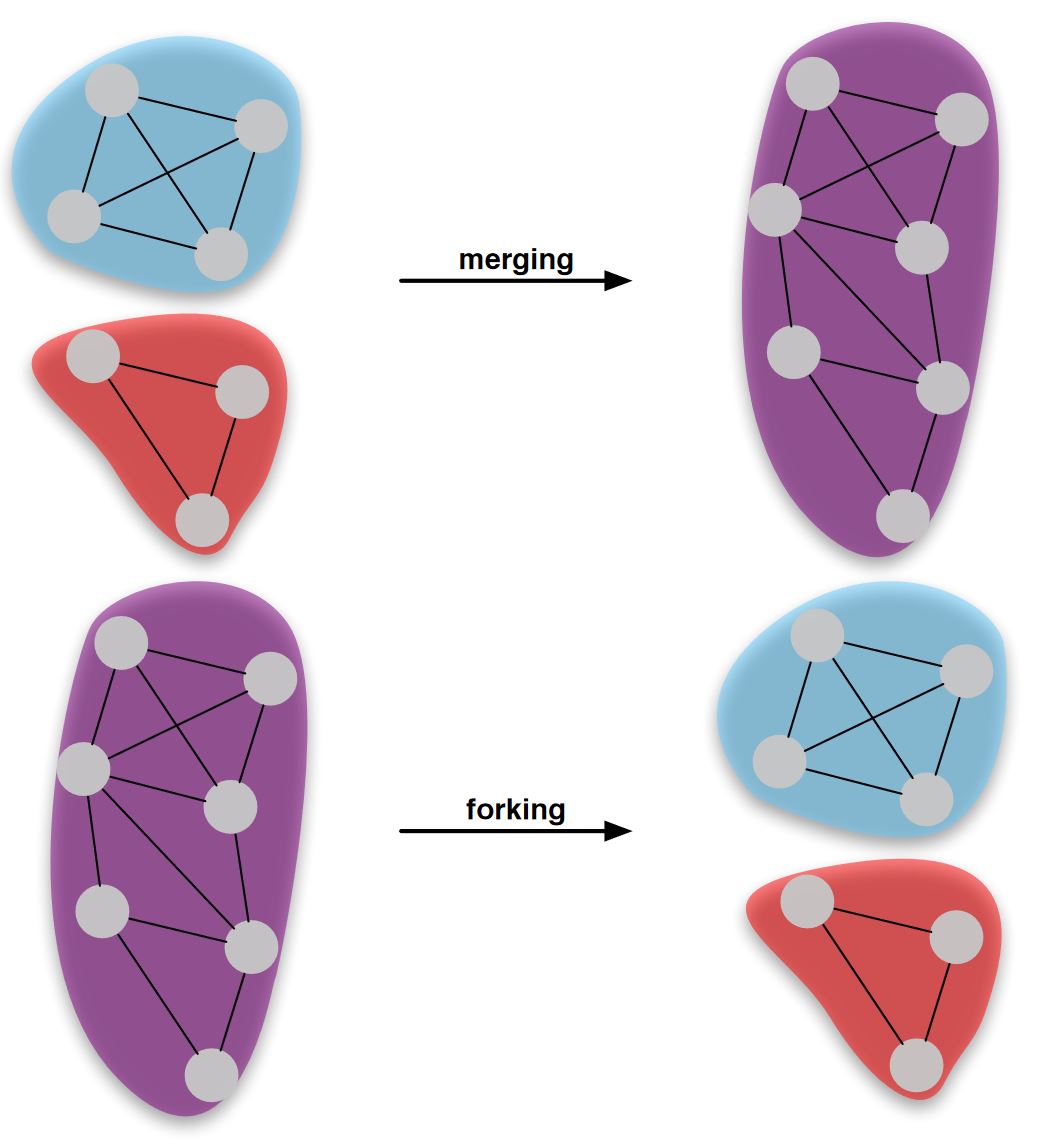