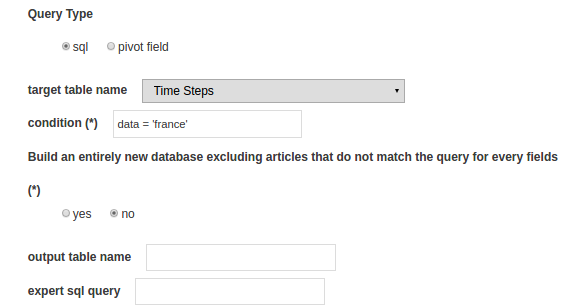 This script allows you to query your corpus and build a subcorpus or create new fields with sql-like queries. 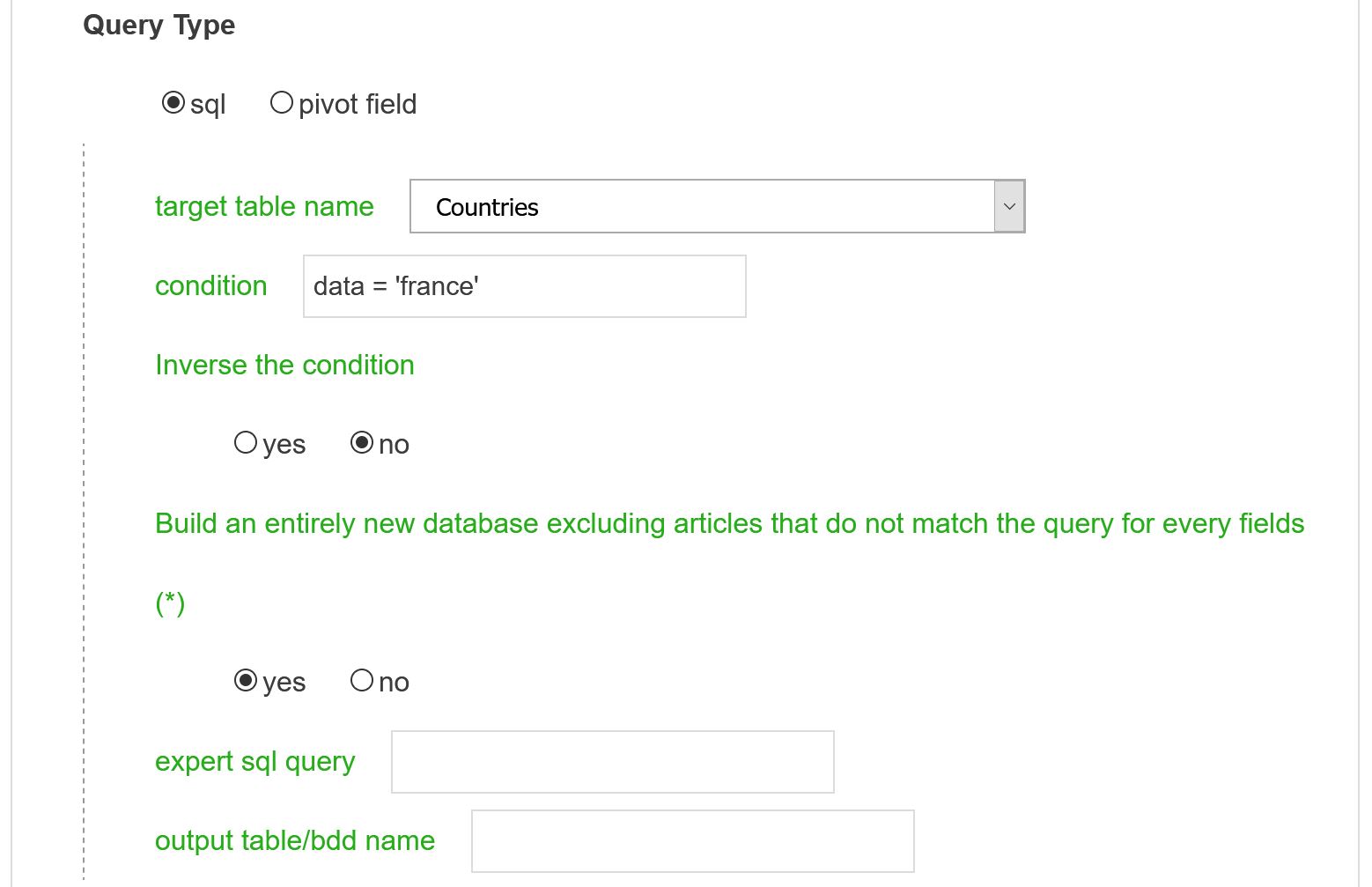 Two modes of querying are proposed, sql begin the standard one.

Querying your corpus in a sql-like mode

The principle is to allow users to directly perform sql-like queries on their corpus.

As illustrated above, one may choose to produce a new table (whose default name will be Countries_custom) from a scientific database which will be a copy of the Countries original table with the constraint that at least one country of publication should be “france”. The resulting table can be useful to analyze the ego-network around a given node for instance.

Other example: choosing Keywords as target table and data like ‘%DNA%’ as the condition will isolate articles which keywords include the string “DNA”.

It is also possible to build a new database which will only contain documents respecting the given query.

For instance, setting Year as target table and data > 2010 as condition while checking the “build a new database” option, will create a new .db file which will only feature documents published after 2010. The newly produced database can then be analyzed normally.

If an expert sql query is filled, the string you enter will be directly applied to your database. You may for instance delete a table you don’t want to use anymore with: drop table ISIterms will delete the table ISIterms

Choose pivot field. This query mode is still under development.